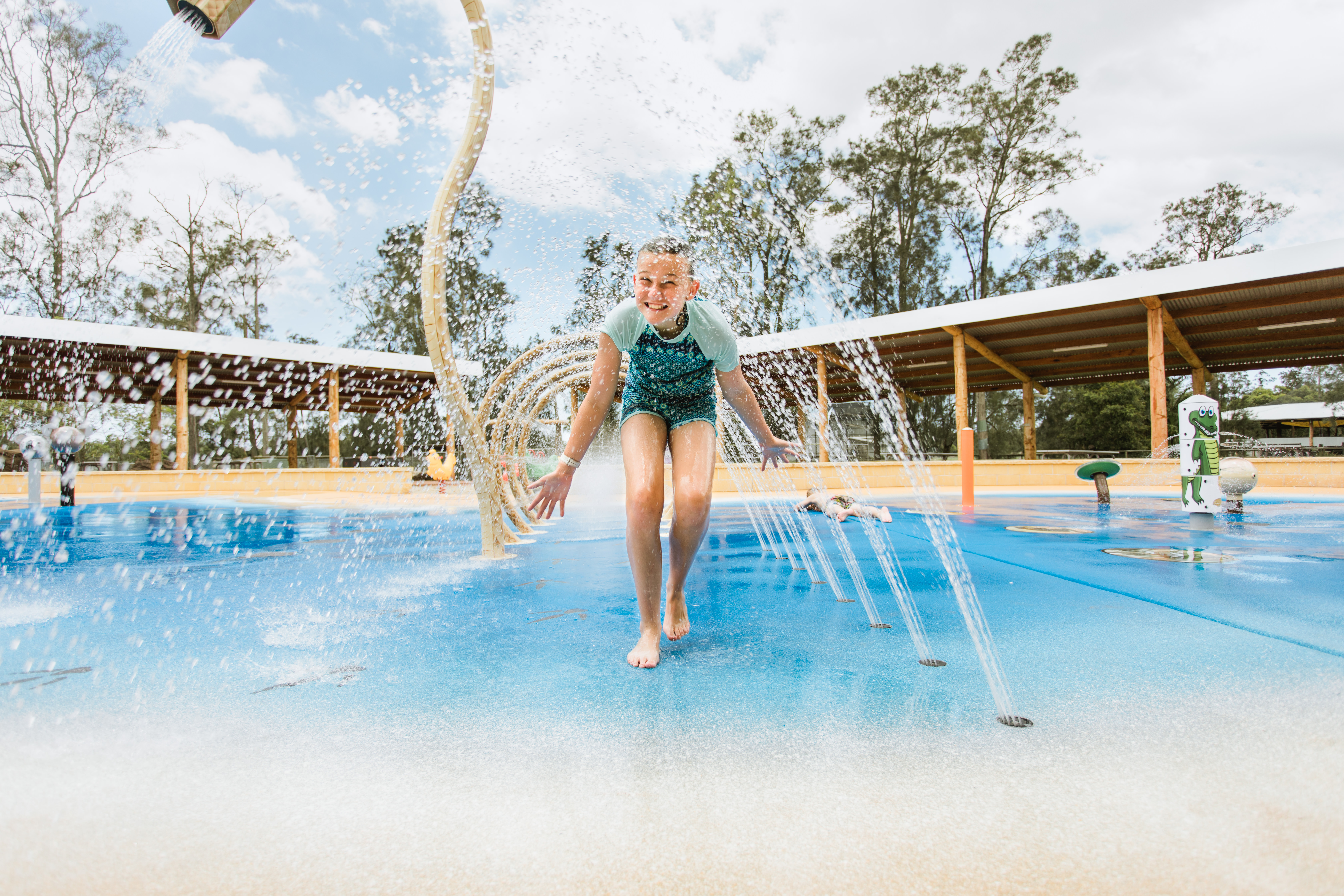 Kent Sansom, owner of Oakvale Wildlife Park, is celebrating a surge in attendance at his wildlife park in New South Wales, Australia. It comes with the opening of Splash Bay—a cool new attraction that brings wildlife education to the splash pad.

At 410 square metres, Splash Bay is a fully themed on-site spray park where visitors get to identify animal species as they play and cool off.  A giant dumping bucket pours water from a crocodile’s jaw, rotating water cannons reveal koala companions, a spray tunnel coils like a python, while small toddler features double as ground-dwelling kangaroos and wombats.

WHY A SPLASH PAD?

“Over the summer months our park slows down due to the hot weather,” Sansom says. Their goal was to add an attraction that would boost crowd numbers in their slowest season. After discovering the product collections on Waterplay's website and personally touring 16 water play parks in Australia, Sansom decided that Oakvale would benefit from having its own splash pad attraction.

Sansom’s team worked with Waterplay dealer ParkEquip to achieve their dream design. They requested a large and spacious pad design with distinct play zones for toddler, child and youth age groups. They also requested Waterplay’s removable feature anchoring system to allow for future expansion (some of the ground sprays will be converted to full play features down the road).

"ParkEquip has done an absolutely fantastic job," Sansom says."We’re really happy with the Waterplay product—it’s heavy on quality, easy to maintain, and everything arrived very neat and tidy.”

The opening weekend of Splash Bay broke Oakvale’s attendance record three days in a row. “The grand opening was our busiest day in 37 years,” Sansom says.  “At any one time we had up to 150 children at Splash Bay.” The buzz has since caught the attention of other wildlife parks in the area, suggesting a promising trend for the industry. “Other zoos are very excited to see how ours is going and asking how we bought the equipment.”

“Hands down, the big bucket is the crowd favourite. We’ve got kids standing under it, counting down: 10, 9, 8… laughing and cheering.” Kids aren’t the only fans, Sansom says. “Some of the parents go under the bucket, and the other day we had 80-year-old grandparents standing there next to their grandchildren.” Positive feedback from families and visitors is flooding Oakvale’s Facebook Page, with one parent commenting: “you’ve given my kids memories that will last a lifetime," he says.

“As owners, that’s thrilling for us to hear.”

Click here to read more about the opening of Splash Bay.