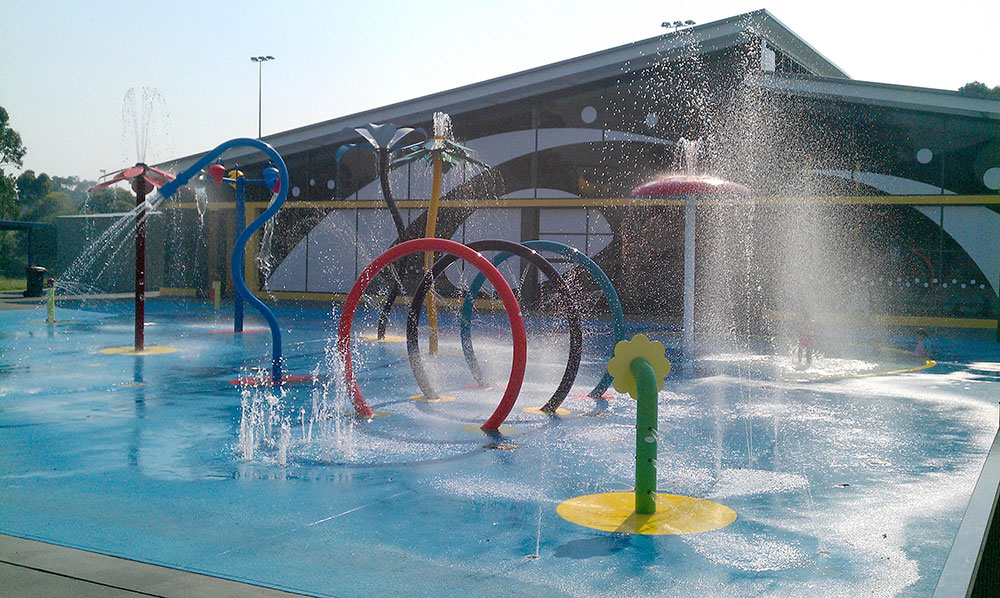 The city of Bankstown, NSW is home to a number of popular recreational destinations, including Birrong Aquatic Centre.  In 2010 a new aquatic play area was constructed as a part of a major upgrade to its swimming centre.

The newly upgraded area features a zero-depth aquatic play pad that surrounds a wading pool. Amenities include a Mega Soaker, Water O’s, and a Sneaky Soaker, as well as a variety of ground sprays, cannons and other colourful spray features.

Since its opening, Birrong Aquatic Centre Spray Park has won the Development and Management Award at the NSW/ACT Parks and Leisure Australia Awards, and The Australian Telegraph named it one of the top three spots to cool off in the country!