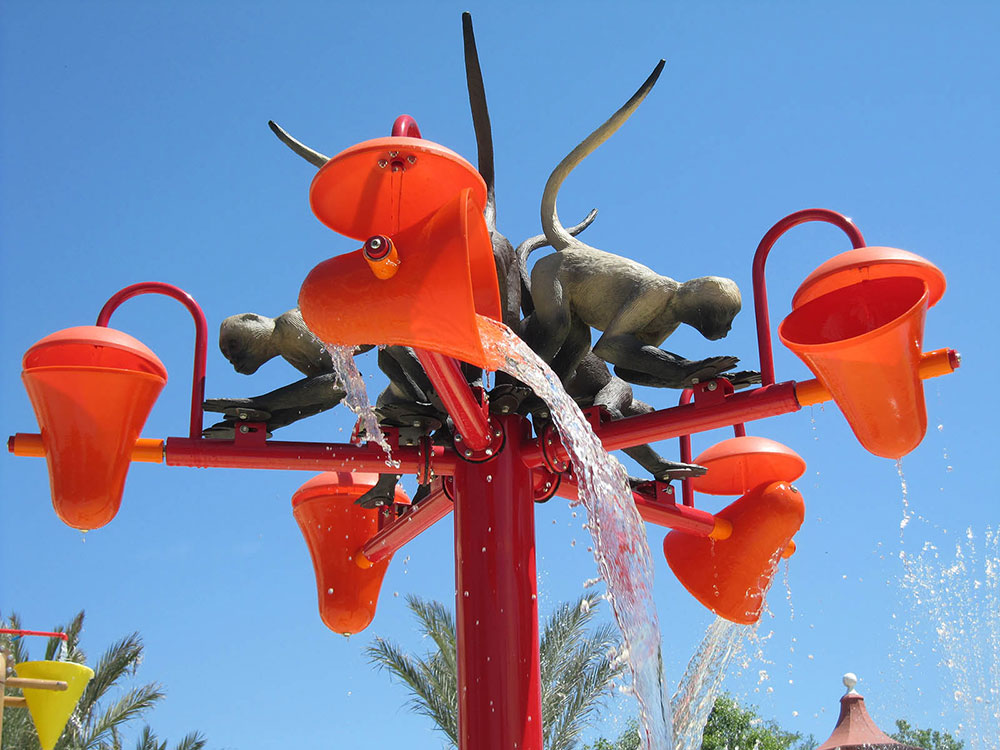 Audubon Cool Zoo is a fun and interactive water park inspired by the exciting animal world that surrounds it. Located in Audubon Zoo, Louisiana’s largest wildlife park, the Cool Zoo has become one of New Orleans’ coolest ways to beat the southern heat during the long summer months. Kids no longer have to dream about what it would be like to play with the animals at the zoo; the Cool Zoo’s custom design features all of their favourite furry, feathered and slithery friends.

Imagine standing under a Sneaky Soaker as monkeys peer down at you, or playing with a monarch butterfly. And for those daring enough: running through a giant spitting cobra with a spiraling, scaly body bursting with watery fun! Truly a play space built for everyone, the water park features three play zones to suit waterplayers of all ages. Toddlers and children will be especially delighted when they step on one of the Sound Sprays that activate animal sounds, including a roaring tiger, ribbiting frog, and baaing sheep.

The Audubon Cool Zoo has become such a popular destination that plans for expansion started less than a year after its opening in 2011.